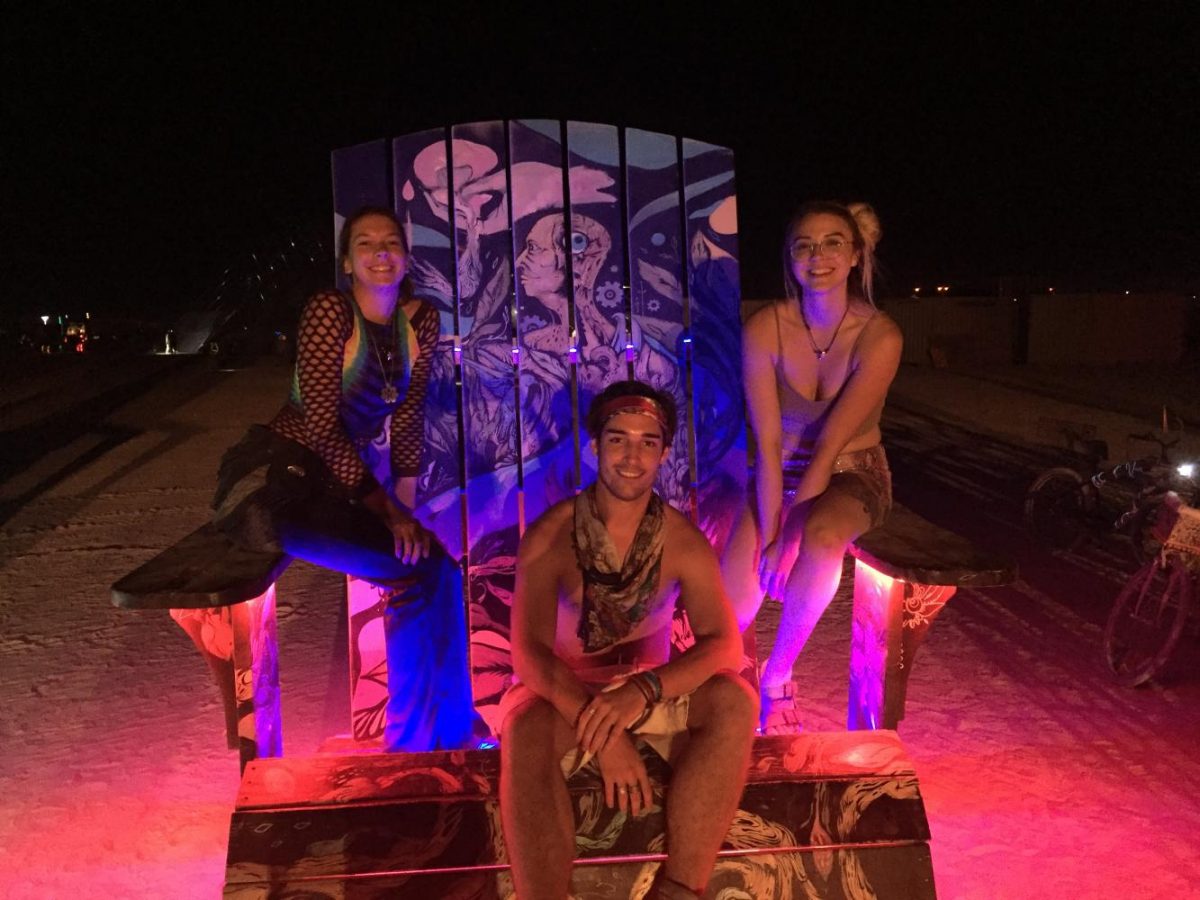 In August 2017, Bishop Manogue senior, Kenna Wheeler, experienced the festivities at the world-renowned Burning Man festival in the Black Rock Desert. For the last ten years, Wheeler had heard from her mother about the magical wonders and adventures that Burning Man held, and this year, she decided to see it for herself.

Wheeler illustrates her first encounter with Burning Man as “unlike anything [she’s] been a part of.”  The Burning Man festival, according to Wheeler, is based on the beliefs of “creation and destruction” – people create art, experiences, and connections at the playa, or the temporary metropolis that is called Black Rock City during the week-long festival.  She believes the surge of electricity that emanates through the Burning Man atmosphere can only be portrayed through sight, sounds and feelings.

Wheeler observes that her fellow Burners were “a lively community.”  She explains laughingly that her “mom calls it an ‘adult Disneyland,’” with “music blaring at all hours.” Lights, lasers and art-cars with bikers racing around “like a colony of ants” occupy the scene in Black Rock City.  As far as weather, Wheeler remarks that it is incredibly hot and dry. Wheeler’s depiction of their living arrangements was “a small neighborhood of friends” who lived in motor homes for the duration of the week.

To obtain necessary supplies on the playa, the Burners must rely solely on the bartering system to acquire whatever needs arise. Wheeler states that her necessities were “a fanny pack, water bottle, goggles and a bandana.” Specifically, she describes the bartering system as mainly “trading gifts – my camp made bracelets [which they exchange with other camps].”  Most Burners bring gifts such as bracelets, necklaces, buttons, and stickers that they made or that fit the theme of their camp.  Others set up cafes where fellow Burners can get drinks for free.

As a first-timer this year, Wheeler provides insight to those who are thinking of attending in the future and offers this advice: “Be prepared for heat and dust storms. Drink lots of water and there is no need to worry about what other people think on the playa.” It is a community of welcoming strangers who are connected via the Burning Man philosophy as Wheeler interprets: “Embrace the time we have and accept all that is even though all must come to an end. So while you are here, live in the present and enjoy what is the now and make the most of it.”