On the spot prayer, part 1 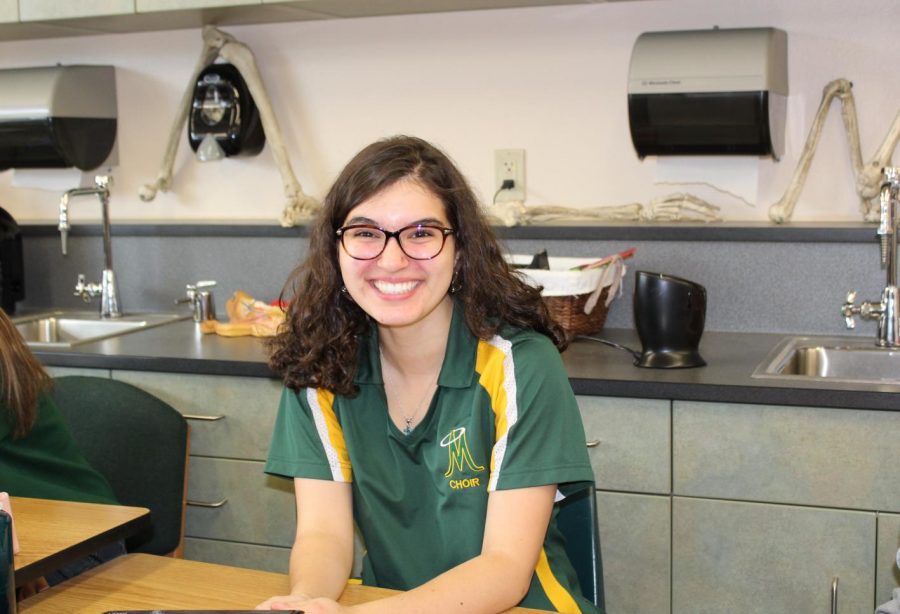 Miner TV, which airs on days having periods 1-4, is a fun, interesting and informative venue for students to find out what is happening at Manogue. Miner TV includes news about sports, service hour opportunities, college scholarship availability and Leadership activities to name a few. Another important component of Miner TV is prayer at the beginning of each broadcast. This allows students time to self-reflect and think about the rest of their day. Senior, Gillian Trujillo gives us a deeper look into the prayer segment of Miner TV.

Manogue has come to recognize Gillian as the “prayer girl” for almost two years now; but how did she start? “It was actually a total accident,” she explains. “Last year Father Richard wasn’t going to be here for a week so he asked if I would do it.” What started as a temporary job of filling in for Father Richard, snowballed into a full-time commitment. “I love doing the prayer…I don’t know if many other people appreciate it as much as I do,” she adds, “but I’m grateful to do it.”

Gillian just might be one of the most positive personalities at Manogue! Always ready to do a favor for a friend or just chat, Gillian also possesses many talents, revealing that, “I like to write stories, write music, and play the piano.” As the star of the 2016 Manogue musical, Cinderella, she dazzled with a spectacular performance. She absolutely brightens up someone’s day by just being around!

Miner TV has changed since last year due to the block schedule demands, and Gillian wishes she had more time to prepare for prayer. “Somedays I [feel that I] need to be more prepared for prayer because if I’m not, the prayers aren’t very good.” Gillian used to write out her prayers prior to Miner TV broadcasts; but over time, she found herself with little opportunity to do that. “Once it became a regular thing, I ran out of time [to prepare], and that’s something I need to be more committed to.” She is working hard to maintain a more organized routine. However, even when improvising, she delivers a meaningful and appropriate invocation. She knows what to say and how to say it.

In our next edition, you will be able to read about Annika Galvin, who also delivers prayer on Miner TV. These two ladies rotate every other broadcast so one person does not have all of the responsibilities. Look for On the spot prayer, part two in our December issue.