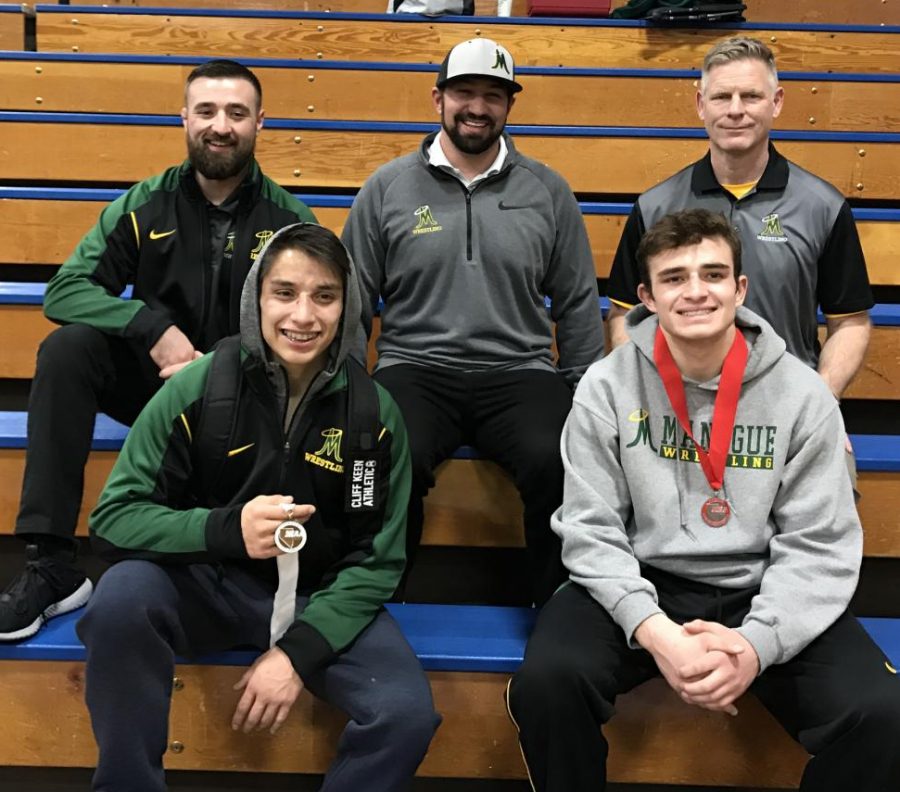 Anthony Rosas, Lincoln Hauck, and their coaches pose for a picture after the state tournament in Las Vegas on February 9.

The Bishop Manogue Wrestling team has won the 4A Nevada State Academic Championship for the 2017-2018 season!

Each season the Nevada Interscholastic Activities Association, the non-profit governing body of high school athletics in the Silver State, and Ingraham Awards, the NIAA’s corporate partner, are proud to present a special award to the varsity sport teams with the highest grade point average in each classification.

The team grade point average is determined by taking the individual GPA’s of varsity team members from the previous semester and then computing an overall team average.