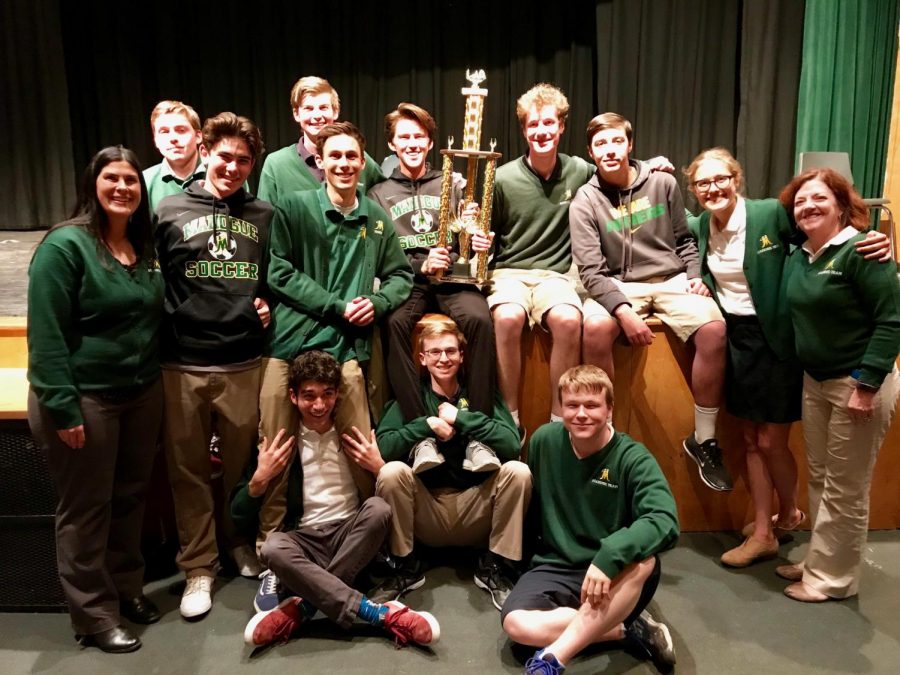 The Academic Olympic Champions pose with their trophy.

In a first since 2011, Bishop Manogue’s Academic Team, has taken 1st place in the 2018 WCSD/ Northern Nevada Academic Olympic Championship, beating TMCC High School in a final season showdown. This event capped a season of successful wins against 16 other schools with a season record of 18-2. Co-Captains, Nick Stadler and Jacob Fyda lead the 15-member team to land this prestigious honor on Monday, March 12.

This win did not come without hours of preparation and effort; they have been practicing since October and have been competing every Monday since January. Coaches and advisers, Ms. Ledesma-Smith and Ms. Cornell, are both so proud of these students for their unwavering commitment to this well-deserved achievement. The entire Bishop Manogue family is thrilled as well. Congratulations to all!