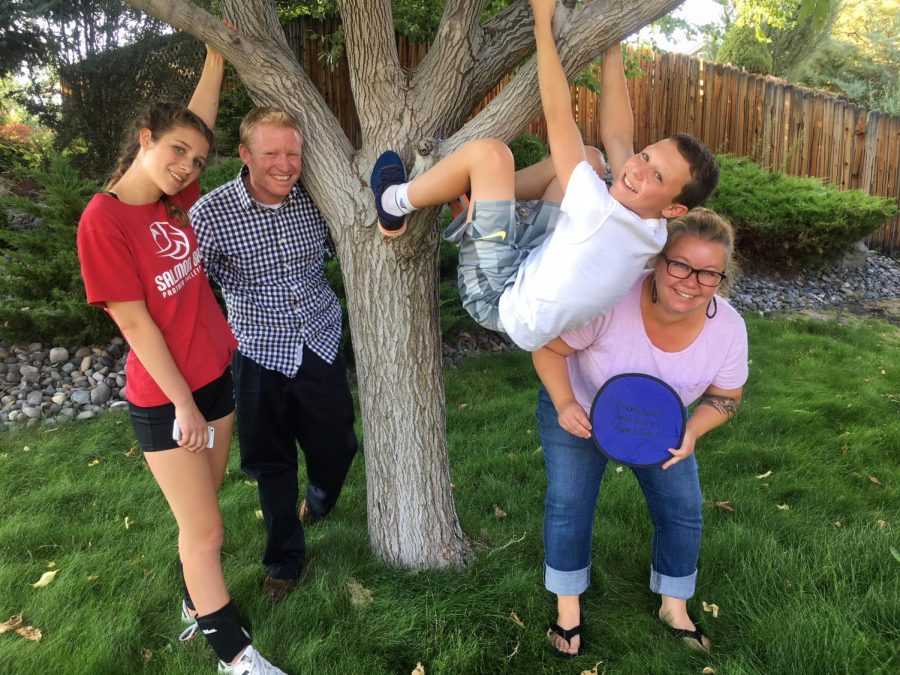 Mr. Mead, new to Manogue this year, has a lot of teaching experience in many different areas, but is bringing his expertise to the math department as the Geometry and Pre Calculus teacher. Before making the transition to Manogue, he began his teaching career at North Valleys and then moved to Seattle where he taught math for thirteen years.

Before finding teaching, Mr. Mead was originally a psychology major but, unprepared for the amount of schooling it would take, soon chose mathematics. He discovered his calling to teaching shortly after realizing he had a passion for helping kids through challenges. He was inspired by one of his own teachers, Mrs.Worrel, who was approachable and had a gift for teaching her students with patience and kindness. She “made school fun” and impacted the way he viewed and approached the school. Not only was Mrs. Worrel fantastic during class time, but she would also let him come in and eat lunch with her and just hangout. This extra, unnecessary act made her stand apart from his other teachers and has still continued to shape his life even today. He strives to embody this approach into his own teaching career.

One of Mr. Mead’s favorite parts of being a teacher is the summer vacation time he has to spend with his family. He is married with a daughter, a freshman at McQueen, and a son, a seventh grader at Billinghurst. During the summer months he loves to take his family to Yosemite where the valley and enormous granite slabs are breathtaking.

Mr. Mead moved back to Reno to be closer to his family so that he could spend more time with them. In doing so, he noticed Manogue’s strong community and wanted to become a part of the family. He is ecstatic to be here ad loves the ways the school includes technology into its everyday operation. Mr. Mead is looking forward to a great year and bringing his warm, approachable personality to school each day to share with his students.