Getting Vaccinated: The Socially Responsible Thing To Do

There are many important reasons to get vaccinated. According to the Centers for Disease Control and Prevention, February is peak flu season. Ignore the myths and head to your local pharmacy to protect yourself—and your friends—from an avoidable bout of the flu. 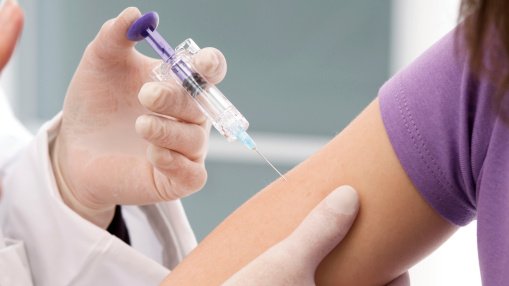 Vaccines are perfectly safe to receive and will benefit not only you, but everyone around you as well. It is not too late to get your flu shot this year, so stop by your local pharmacy! Photo courtesy of The Hill Magazine.

“Everyone who can get a vaccine should get a vaccine,” senior Hannah Schultz explains.  During her junior year in Mrs. LaPointe’s AP Language and Composition class, Schultz completed her yearlong FactQuest—an in-depth research project that involves the creation of Infomercials, analyzing dozens of relevant articles, and writing papers—on the question, “Should children be required to get vaccinated?”  Her findings reinforced her adamant belief that everyone should be vaccinated. She states, “It’s a concept called herd immunity. People who physically can’t get vaccinated because of immune deficiencies are more susceptible to getting diseases from people who haven’t been vaccinated.” Schultz is “fascinated by the study of disease” and after taking Microbiology and currently being enrolled in AP Biology, she hopes to pursue a career in either epidemiology or immunology.

One common myth many people associate vaccines with is that vaccines cause autism. This widespread fear originated in a 1997 study published by Andrew Wakefield, a British surgeon. Since the study was published, it has been completely discredited due to “serious procedural errors, undisclosed financial conflicts of interest, and ethical violations,” says Public Health. There is no real known catalyst that causes autism, or other varying mental disorders, but experts believe that these natural errors lie in disorderly brain functions and structures. With the use of magnetic image resonancing (MRI), scientists can observe that when the brain structure of a neurotypical child is compared to one with autism, the brain structure observed is completely different, regarding physical structure.

Another rumor people distrust vaccines for is that natural immunity is more benevolent than vaccine-acquired immunity. In some rare cases, this is true, if the subject has been exposed to healthy environments. But scientists believe the odds are almost certainly never in your favor. Some people believe that the only way to gain immunity from a disease such as measles, for instance, is to let the disease go through your immune system so that your body can recognize the disease, and subsequently prevent the disease from having damaging effects on your body if exposed to again. Even though the fantasy of this rumor seems like it could be a great feature of the human immune system, disease experts have exposed statistics that reveal your chances of surviving exposure to measles brings your chances of death to a relatively low number of 1/500. In contrast, the number of people who have had severe allergic reactions from an MMR vaccine is a mere one-in-one million.

While it’s true that many of the components of vaccines such as formaldehyde, mercury, and aluminum are toxic to the human body, only trace amounts of these components are used in FDA approved vaccines. The companies that make, distribute, and profit off of these vaccines are extremely precise in their measurements regarding what goes into their drugs, and it is extremely rare, if not completely disregarded as a statistic, that people suffer side effects and/or death from FDA approved vaccines. In fact, the FDA and the CDC have even publicly stated that the human body produces higher levels of formaldehyde naturally, when compared to the average flu vaccine, and there is no factual or scientific evidence that any of these components do any damage to the immune system anyway.

In conclusion, vaccines are perfectly fine, and, additionally, extremely beneficial for the majority of the population of the United States, where most of the vaccine controversies and rumors originate. People have no basis when arguing that vaccines cause harm, and the act of doing so is nothing more than a false protest. As science progresses and more cures are developed, people should not forget how many deaths and illnesses vaccines have prevented, rather than caused.