The Miner Detail • May 28, 2019 • https://minerdetail.bishopmanogue.org/7155/sports/peyton-dixon-commits-to-fresno-state/ 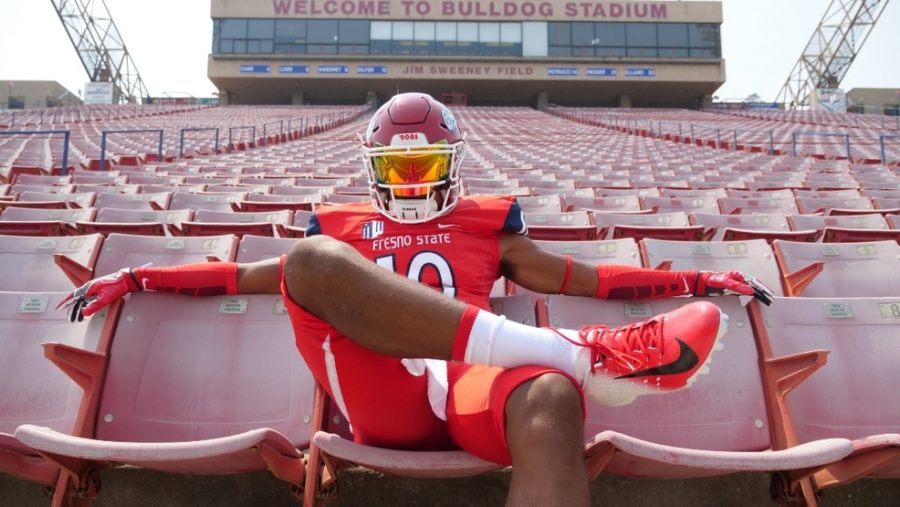 Peyton Dixon, running back for the Bishop Manogue varsity football team, will be heading to Fresno State University this summer to begin practicing for his upcoming season in the fall.  Dixon holds state records: he became the first player in Nevada history to rush for 3,000 yards in a season, finishing the season with 3,136 yards over 14 games (the fourth most in the nation) and scored 45 rushing touchdowns, tied for the second most in state history.  After defeating the Damonte Ranch Mustangs in the regional championships with a score of 49-48, a game that ranks as one of Dixon’s “favorite high school football memories,” he went on to dominate Arbor View with 298 yards, 196 against Desert Pines and 192 against Bishop Gorman, all Vegas-based teams. Dixon’s 5,229 career rushing yards rank fifth in state history, the first among Northern 4A players. His 74 rushing touchdowns are tied for third in state history.

Dixon understands the highs and lows that accompany the process of college recruitment, and encourages student-athletes at Manogue, in the Class of 2020 and beyond, who aspire to become Division 1 collegiate football players to “always put yourself out there, don’t be afraid to be rejected, and keep grinding no matter what.”  Dixon is inspired by former NFL player Colin Kaepernick for “standing up for what he believes in,” and Dixon hopes to one day play professionally. He is thrilled to become a Bulldog next year and is excited to join his teammates who are “all of a similar mindset and work ethic, and compete at a high level.” Congratulations Peyton, and good luck in Fresno!