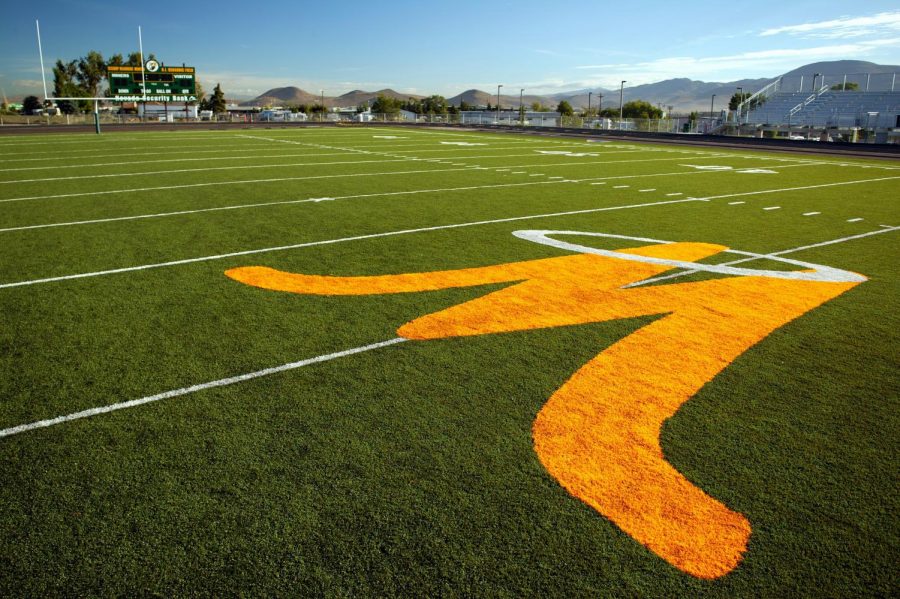 Student-athletes and parents around Northern Nevada came together on September 8th at the Washoe County School District board meeting at Sparks HS to protest the postponement of fall high school sports. The effects of the COVID-19 protocols have devastated many athletes, especially seniors and football players. Some Bishop Manogue athletes and seniors on the football team attended the protest in hopes of initiating a change.

“Personally as a senior I want to have my fall sport,” student-athlete Ashton Christiansen says. “It also messes up recruiting…for me and my other teammates that want to play football and be recruited to continue playing, it’s hard to recruit in the spring compared to the fall. They can’t really recruit in the spring because they’re getting ready for their own seasons and doing their spring training camps, compared to the fall where they can watch your film and they get the time to make their decisions.” Christiansen has been a lineman on the Manogue varsity football team for three years, and although he has two Division 3 offers, senior year was his opportunity to show off his skills in order to play in a bigger college. This was all the more reason for him to attend the protest. One might imagine that in going to a protest with many different rival schools in attendance, there would be some level of tension among the crowd. However, Christiansen says otherwise. “The atmosphere was friendly. I mean on the field we’re all rivals, but off the field we all share a common goal…we just want our seasons.”

Another Manogue senior, Fred Tavernier, attended the protest with high hopes of being acknowledged and getting their seasons back. “The school district is just trying to stop us because they’re scared [of the virus],” he states passionately. This would have been Fred’s second year on the varsity football team playing wide receiver. Tavernier feels strongly that even though their season has only been postponed to the spring, it will not be the same. He explains that playoffs, Regionals, and State are what make the season so exciting, and without a fall season, we are without any of those events. When asked if he thought their voices were heard at the protest, he replied, “Kinda…it’s all just politics. The superintendent did come out and talk to us and listen to us, but I don’t think we got through to her.”

On Saturday September 19, another large protest is being held outside of the State Capital building in Carson City, Nevada. Players from all different schools and sports of the North will be attending, hoping to get through to Governor Sisolack and salvage what might remain of a fall season for high school sports.