Terror at the Capitol 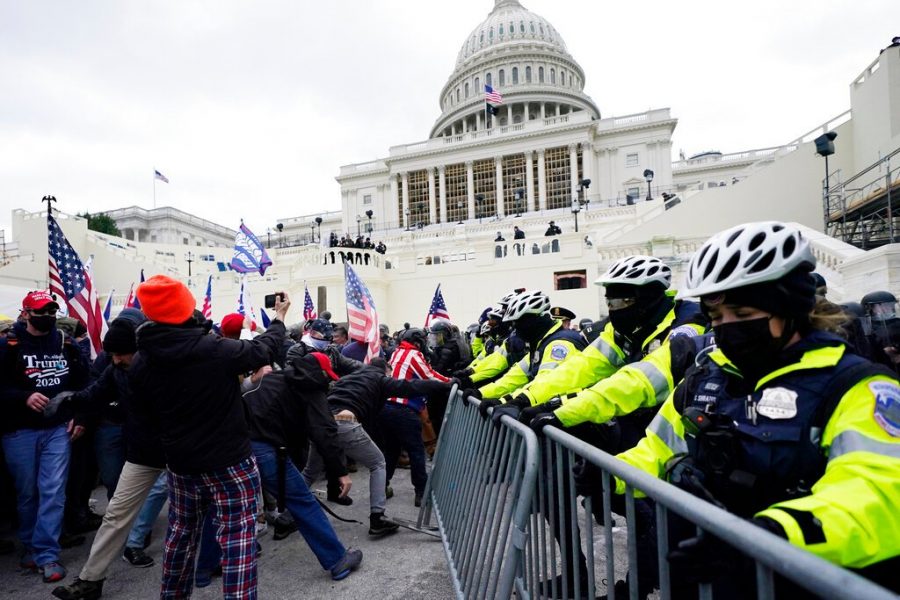 Trump supporters try to break through a police barrier, Wednesday, Jan. 6, 2021, at the Capitol in Washington. As Congress prepares to affirm President-elect Joe Biden's victory, thousands of people have gathered to show their support for President Donald Trump and his claims of election fraud. (AP Photo/Julio Cortez)

WASHINGTON, D.C. – Late Wednesday morning, rioters breached the Capitol building during a joint session of congress to count the electoral college votes and confirm Joe Biden’s election as President. National security officials have labeled every person present at this riot a “federal criminal” and “domestic terrorists” they will be prosecuted to the full extent of the law. This mob was incited by the President of the United States. “We will march on the capitol,” he said at a rally that morning outside the White House. During the mayhem, a woman was shot and killed in the halls of congress as rioters attempted to gain access to the rest of the congress building, and at one point a confederate flag was proudly carried through the Capitol building. Several hours later the senate resumed session after the building was cleared by SWAT and capitol police. Members of the Senate, responding to the attempted coup, said that “Violence never wins” and “Criminal behavior will never dominate the United States of America.”

These same senators went on to speak out against the objection from Ted Cruz and other members of Congress calling for a 10 day audit of the 2020 election. The rioters’ motives are believed to be connected with the counting of the electoral vote, and further instigated by the President. Many of the president’s staunch supporters have met with condemnation of the president’s lack of action pertaining to the attack on the Capitol. This is the first time since the war of 1812 that our capitol building has been overrun by an outside force.

The media have criticized the lack of timely response of the national guard, metropolitan police, and capitol police. They make striking parallels between the brutal methods used against BLM protestors and gentle methods used against the president’s supporters when people storm the bastion of democracy and freedom to the world. Many high level staff of the white house have offered their resignations after the lack of action from the president of the United States. Others have speculated that the vice president might enact the 25th amendment of the constitution (the removal of a president due to incompetence) to remove the president from office for the remaining two weeks of his term. 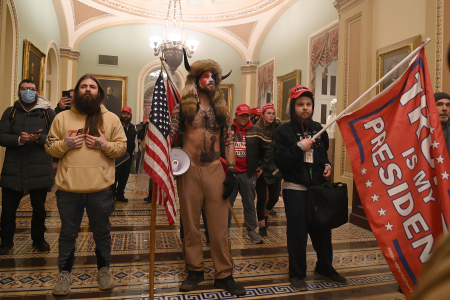