The Second Impeachment of Donald Trump 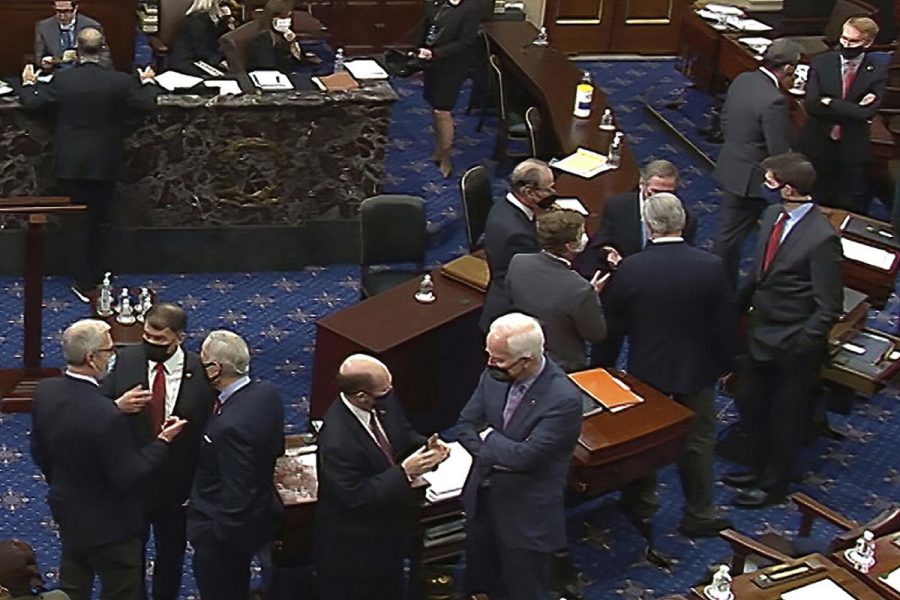 On the 14th of February the second impeachment of Donald Trump ended in bitter defeat for the prosecuting democrats, setting a dangerous precedent for future presidents. The impeachment went 232-197 in the house which let the case pass to the senate where a trial ensued for five days. After being reviewed by the Senate the vote went 55-45 to convict the former president. This vote saw the most bipartisan impeachment in recent history with seven republicans crossing the aisle and voting to convict the president. However, the law requires there to be a ⅔ majority also known as supermajority to impeach any president, thus the case was thrown out and the former president was acquitted.
The vote showcases the deep rifts in the Republican party, as the majority of the party voted against the constitution and in favor of a man who has proven himself increasingly dangerous and volatile. Several GOP senators who blamed President Trump for the attack on the Capitol later voted to acquit the president. Among them was Mitch McConnel who stated that “Violence will never dominate the United States of America.” Yet despite his condemnation, he voted to acquit.
The precedent set by this trial has sparked outrage in the Democratic party. They say that a president must be impeached if he has committed sedition and treason. President Biden made a statement later that day saying “the substance of the charges were never in dispute.” But many GOP senators said that it would only further the deep rifts in our country to convict a former president, and that instead we should move on with unifying our country in the wake of a Republican president who divided us for five years.
This country is hurt badly and there is no way for us to heal if we do not remove the cancer nestled deep inside the Repubican Party. The country cannot move forward with unification when there is a catalyst of division and pain remaining in our government. President Trump must face repercussions for his actions and cannot be allowed to hold any public office again. The republican party is dying and may never return to people like John McCain, a man who was respected and admired across the aisle