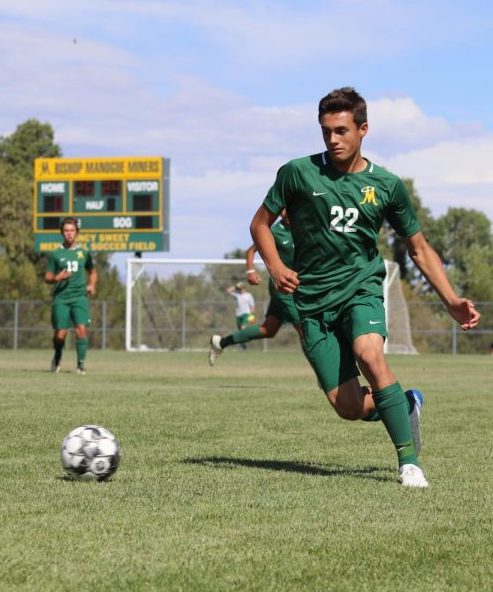 With most sports coming back from the wait prompted by COVID, the boys varsity team couldn’t wait to get on the field and play the first games of the season. With their first game being an away game at Douglas, they managed to come away with a score of 2-2 with both of Manogue’s goals coming from headers! With both teams not being able to play a game in almost a year, starting the season off with a tie is pretty good.

In their next game against South Tahoe, they were able to chalk up the win beating them 2-0. The team is playing better and better with each passing practice and game. The next game would be at McQueen and with the weather looking not so warm, it would be hard to play at your best. They knew that this game would be tough. And unfortunately, Manogue took its first loss with a score of 3-1. 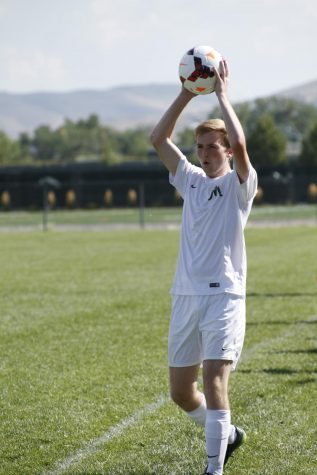 Bishop Manogue has been known to have a talented soccer team for both the men’s and women’s teams. In the past, we have been very successful in the past because of consistent practice. COVID has posed challenges when it comes to scheduling practices this year, though, but our team has proved to remain resilient and is still performing well. With many COVID restrictions being lifted now, it has become gradually easier to schedule practices for both teams. Cases have gone down in recent months and vaccinations are becoming more readily available nationwide, so high school sports have seen a turnaround. However, Manogue soccer is not currently allowing spectators to come and watch because of state mandates. Hopefully this changes soon because we would love to come watch our Miners crush it in soccer and many other sports!

Sitting with a record at 1-1-1 with the first games of the season out of the way, the varsity team is looking like it has a lot of potential to do well. With the next game against Truckee being so close to spring break, some key players on varsity won’t be at the game. So some players from JV will have to step up and be ready to play. Hopefully they will be able to come out on top even with the minor disadvantage. Go Miners!