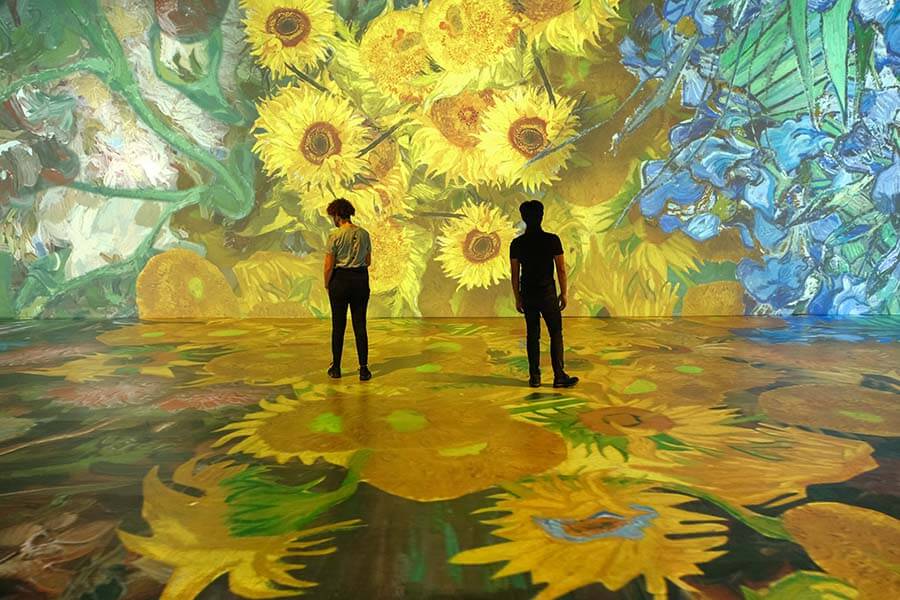 The popular immersive art exhibit Beyond Van Gogh is coming to the Reno-Sparks Convention Center August through October. The exhibit features projections of Van Gogh’s most well known works, such as “Starry Night” and “Sunflowers,” with an accompanying original sound track to make museum goers feel as though they are living inside the painting.

One guest described her experience as “both calming and mind blowing at the same time.” The exhibit will include over 300 pieces of art for people to enjoy and learn more about Van Gogh and his extraordinary life. Beyond Van Gogh has already been a major success in big cities such as San Francisco and New York and is widely applauded for its use of social distancing during the pandemic in order to still make it accessible to the public. Every guest visiting the exhibit is given a circle to sit, stand, or lay in to watch the projections. The website for the exhibit says that they have done away with the social distancing circles and instead are opting for many other precautions such as increased cleaning, spacing out the times people can enter, offering hand sanitizer in multiple locations, and much more.