A Full Review of Nectar: The Album of Love and Loss

Is the Jojis third studio album, Nectar, really worth the full listen? Here I dive into the album with an in depth review on the tracks and the meaning behind them. 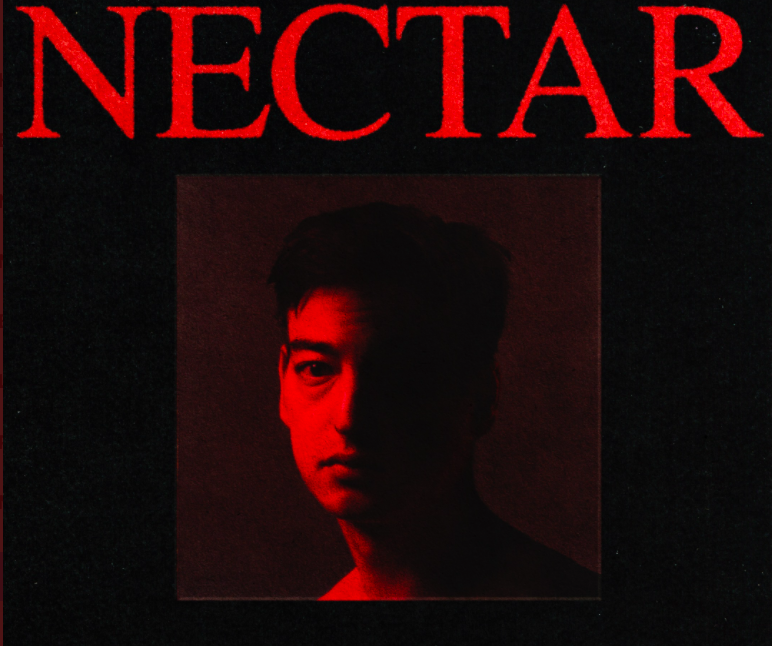 Joji’s third studio album, Nectar, was released on September 25th, 2020. This album was highly anticipated and looked forward to by many Joji listeners since Joji had taken a 2-year break from his previous album, BALLADS 1. BALLADS 1 was a huge success, with many hits like “Slow Dancing In The Dark” and “Yeah Right.” BALLADS 1 put Joji into a slow, melodic genre of music. Most would describe it as depressing at times. Before Nectar was released, Joji put out three singles. “Sanctuary,” “Run” and “Gimme Love” were each released months apart, starting back in 2019. “Sanctuary” and “Gimme Love” gave a different tone to Joji’s sound. They were more upbeat, but still had his BALLADS level of lyricism, leaving his listeners excited for the new album.

Nectar was released with 18 songs, making it his longest piece of work. The album name gave a prelude to what the album would feel like. Nectar is usually associated with sweetness, but a lot of his covers for his songs depicted lava. This is a metaphor for the contrasts of love: sweet but dangerous. The album cover itself and the aesthetic of the album is red, a vibrant color opposite of his two previous albums. But with all this symbolism, was the album worth the full listen? Would it hold up to the success of BALLADS 1?

The album doesn’t follow a specific story or a specific timeline, nor does it clearly depict a breakup or a love story. I think this versatility of different stories is what makes this album so beautiful. While it follows themes of misery and pining, it also follows the beauty of love. It also follows the utter sadness of fame and the pain it has caused Joji. The poetic stories of this album seem much more mature than those of BALLADS 1. Even though BALLADS 1 was extremely popular because it gave an emo sound while still being deep, Nectar provides beautiful and less obvious stories of the human experience with love.

The opening song, “Ew”, is one that proves Joji’s ability to give a sarcastic but serious tone to his work. “When it’s lovely, I believe in anything. Teach me to love just to let me go. I can’t believe that I’m not enough.” These lines are extremely powerful to those in pain from love, but also feeling like this heartbreak is not something to pine over. He says, “I don’t mind.” Joji knows that this relationship is toxic, but he also knows he’s going to act like he doesn’t care because when the beauty of the relationship flourishes, it’s something worth sticking around for.

The next couple of songs, “MODUS,” “Tick Tock,” “Daylight,” and “Upgrade” all serve as upbeat tracks. Even though their lyrics seem depressing, their progression is beautiful. In “Daylight” Joji goes from saying how he’s in hell, but he doesn’t want to fight the daylight anymore, he wants to get better. The scores of all these songs are more poppy, but still sounding like BALLADS 1 Joji.

“Gimme Love”, “Run”, and “Sanctuary” were all put together on the album, following one another in that order. “Gimme Love” was a fan favorite on the album. It was different for Joji, it was pop and it was deep. He says exactly the title, Give me love. He talks about the fakeness of those around him. “These people aren’t real, these people don’t feel.” “When I’m far too gone, can you show me

love?” He’s asking this person to give him love at a depressing time in his life. The poetry and music of this song can only be described as a perfect love song. Not one of rainbows and butterflies, but one of real desperation for love.

“Run” reminds me a lot of “Slow Dancing in the Dark.” It serves as something of a depressing song on the album. This song was perfect for placing in the middle of the album. It reminds the listener that yes, Joji still feels like he knows his lovers don’t want to stay. But it also proves that this isn’t what the album is about. He continues after “Sanctuary” with stories of Hollywood and his lows.

“High Hopes”, “Pretty Boy”, “Mr. Hollywood”, and “777” all show the sides of Hollywood that broke Joji. Living a fast life and partying all day are things that drove Joji into madness. “Living so loud, you can never hear me cry.” Once again though, these songs don’t have depressing or low melodic tunes to them, but one of upbeat and more poppy sounds. Joji even had Lil Yachty appear on a track. It seems as if the theme of this album is the beauty of love and fame masks over how depressing it is.

“Reanimator”, “Like You Do”, and “Your Man” finish off the album. “Reanimator” goes back to Joji’s melodic sound, it tracks back to some of his old remixes he used to do, and just gives a little interlude to the last part of the album. “Like You Do” I feel can be interpreted in many different ways. I even remember sending it to my boyfriend at the time, telling him how this song was how I felt about him. Months later, I was crying to this song over how depressing it was. This song once again goes back to Joji’s depressing melodic tune, but this time the lyrics are mixed. “If you ever go, all the songs that we like. Will sound like bittersweet lullabies.” “You’re the one I can’t lose, No one loves me like you do.” It’s sweet, but it also hurts. Depending on the timing of when you’re listening to the album, it can feel different to you.

Joji finishes off the album with “Your Man,” A hopeful pop song about being unafraid to love, even when it could hurt. “Don’t be down when it’s over, baby, I’ll be your man.” This song has less substance than a lot of the other songs, but it still shows the simplicity of how love can be a thing of beauty, even when it hurts.

As a listener and avid Joji fan, this album is one of perfection. It’s a perfect way to show the diversity of love. Joji is hurt, Joji has lost, but Joji has also loved. You can hear his pain, you can hear how he is tired, but it is shown in a different way. Gone is the depressing downbeat Joji, here is the uplifted Joji, who has a deeper message to say. I would say that this album is worth the full listen at least once, but in retrospect, each part of the album can be listened to at different times. It held up to the expectation of Joji, and changed the way his listeners felt about his music.